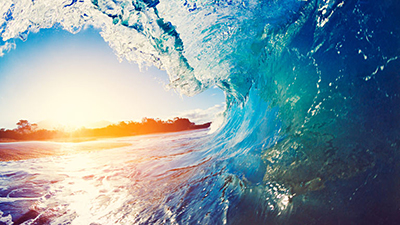 The world's oceans are the sum of all the oceans and seas of the Earth and occupy 71% of the planet's area, with an average depth of 3790 m and a maximum depth of 10,923 m - in the Mariana Trench. It is an important source of resources for the growing population of the planet, but at the same time it is increasingly affected by human activity.

It is extremely important for life on Earth because it provides half of the oxygen in the atmosphere, absorbs some of the carbon dioxide, affects the planet's climate, and contains a huge amount of mineral and biological resources.

The idea of the holiday is to pay tribute to the oceans and their special significance for humanity. The flora and fauna of the oceans are a source of food and entertainment for humans. The reservoirs themselves are important sea lines for trade and travel.

The day also aims to promote various environmental initiatives to reduce pollution damage and over-consumption of fish and fish products. They can put an end to some species and thus disturb the natural biological balance.