In Strandzha Mountain you can meet unique black storks 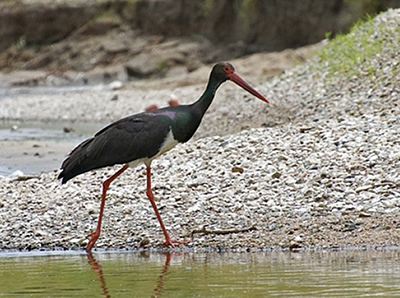 Apart from the beautiful periwinkle, which delights many in Strandzha, there are also uniquely beautiful black storks in the mountain.

The nests of black storks have been found in several places - the area of Byala Voda, near the river Papiysko Dere in the land of the village of Varvara and others. The population of the species within the park is estimated at 13 - 14 pairs.

The black stork is a rare and protected species in Bulgaria and Europe, it is listed in the Red Book of Bulgaria, with the category "Vulnerable".