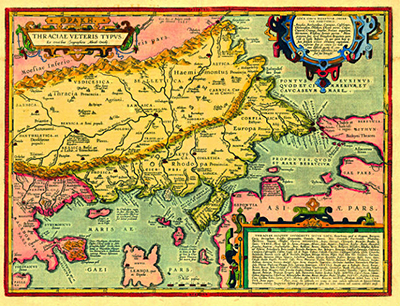 The National Archaeological Institute with Museum (NAIM) in partnership with the Boards of Antiquities areas Rhodope, Evros and Xanthi at the Ministry of Culture and Sport of the Hellenic Republic and Istanbul University, will organize an international conference dedicated to Thrace during the Roman and Late Antique Period.

The Science Forum will be held in Burgas from October 12 to 16, 2020 and the topic is "Conflicts and Catastrophes in Roman and Late Ancient Thrace".

The purpose of the event is to bring together experts from various scientific disciplines working on issues such as invasions, armed conflicts, economic crises and natural disasters in Thrace.
This is the fourth edition of the RaLATh conference series after those in Plovdiv (2016), Marmara Erelisi (2017) and Komotini (2018).