"Straight from the elevator" again on the Burgas stage 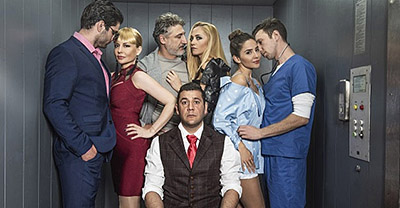 French comedy "Straight from the Elevator" by Gerard Lozier is back in Burgas. The cult production with director Ivan Radoev - son will be presented on the stage of the "Adriana Budevska" Drama Theater on November 26th, from 7 pm.

What is the story of Gerard Lozier's French comedy? We can hint - it has: love, flirting, doubt, distrust, jealousy, stupidity, madness and lots of laughs in an apartment, on one floor, right from the elevator ...
A breathless chase between doors, balconies and walls.

The play is a joint production of the "Adriana Budevska" Drama Theater and the production company "Azhur Pico".