The Days of Japanese Culture is an event that aims to show the Bulgarian audience the rich traditions of the Japanese culture, bringing together cinema, theater, exhibitions and demonstrations. In 2019, they are held for the 30th time.

Burgas will again be part of the Days of Japanese Culture. On November 7th (Thursday) from 7:00 pm at the State Puppet Theater, we will be able to watch the performance of "Ashibue" Theater from Japan - "Goshu- the Cellist".

The show iwill be presented in Japanese with Bulgarian subtitles. Tickets are priced at 5 BGN and can be found at the Puppet Theater cash desk. 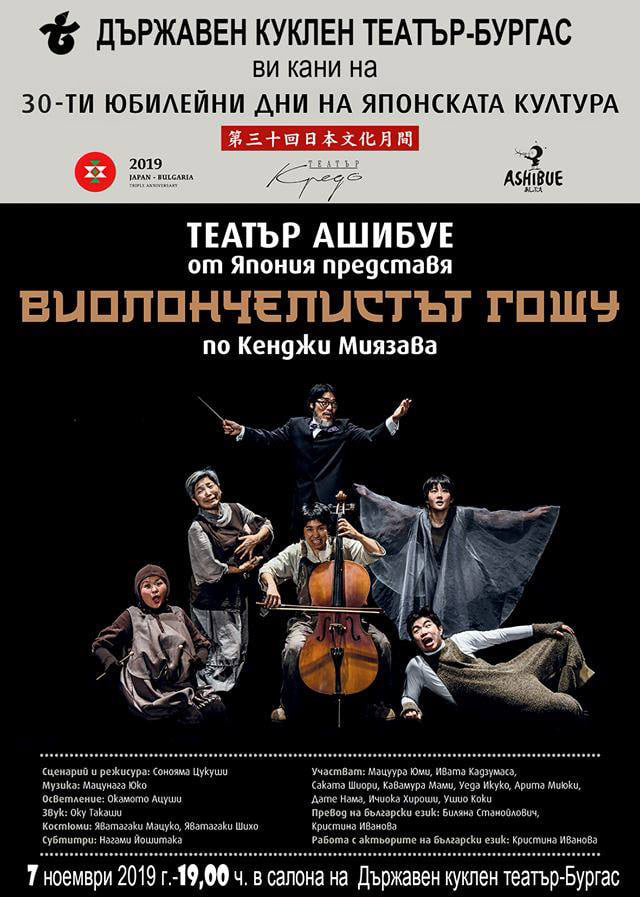