"Uki Uki, Japan" will be presented in Burgas 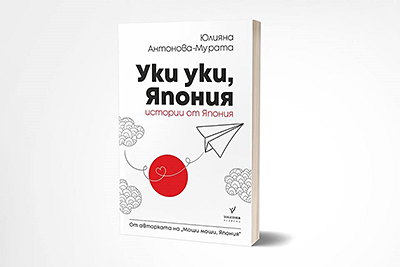 The longtime diplomat in the Land of the Rising Sun Juliana Antonova-Murata arrives in Burgas on October 23. She will be presenting to the Burgas audience her new second book, "Uki Uki, Japan".

Her first book, "Moshi Moshi, Japan", was released in December 2016, gained readers' love very quickly and now has its seventh edition. The same steps are followed by "Uki Uki, Japan", which debuted for the first time in October 2018. The books collect stories from Japanese day-to-day celebrations, small essays, personal revelations, catchy comments, magical stories from and about Japan.

The meeting will start at 6:00 pm in the "Ahelo" Conference Hall of Grand Hotel and SPA "Primorets".

The entrance is free.