Burgas remembers Emil Dimitrov with a performance in April 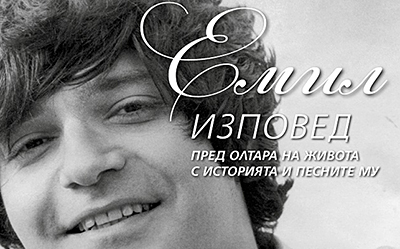 Burgas remembers Emil Dimitrov with a concert performance in April. The authors of the program "Emil - confession in front of the altar of life" are Nikolay Aprilov and Vladi Aprilov. Arrangements of the songs of Emil Dimitrov are by Svetoslav Zarov.

The citizens of Burgas and the guests of the town will have the opportunity to experience them on April 11, from 19:00 at "NHK". The concert will also feature singers Olga Mihaylova - Dinova, Peyo Filipov, Denislav Novev, Velin Mihaylov and Orlin Tsvetanov. The conductor of the orchestra will be Strasimir Pavlov.

Tickets for the concert can be found at the "NHK" cash desk.