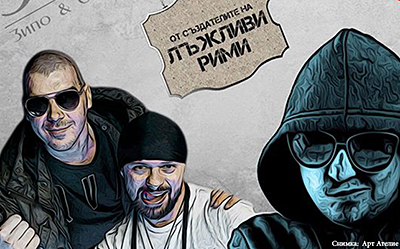 "Sex, Drugs and Hip-Hop" is the first in Bulgaria Hip-Hop play made by the team of the series "Fake rhymes". The premiere of the spectacle in Burgas will take place on April 12, 19:00, on the stage of "NHK".

"Sex, Drugs and Hip-Hop" is a non-standard play for the real life of small people with huge souls, beyond the limits of the conventional. This is an exclusive musical interactive spectacle for the strangeness of human life, the great dreams of the little ones, the fulfillment and the circumstances, the truth that always catches us, and forces us to separate ourselves from the illusions, for the rebellion against the system!