Scala Mercalli and Analgin Heat the Show of W.A.S.P 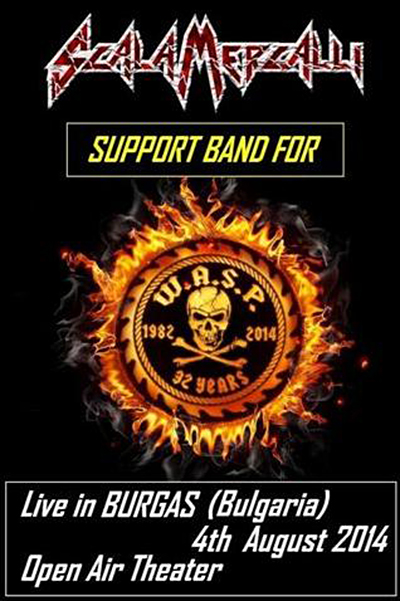 A few days left until the concert of the rock legends W.A.S.P. in Bulgaria. The unique show will be held on the 4th of August in Open Air Theatre. This concert is a part of the great world tour "Thirty Years of Thunder" which marks the 30th anniversary of the band.

The bands that will be on the stage before the headliners to heat Bulgarian audience have been already chosen.

The Italians from SCALA MERCALLI will start the show at 20.00 o'clock. The second heat band, which will be on the stage before W.A.S.P., are Bulgarian rock veterans Analgin.

The concert of W.A.S.P. in Burgas will be one of the music events of 2014, which the real rock fan should not miss!

Tickets for the show can be purchased from all cash desks of the network of Ticketpro and online at www.ticketpro.bg - the price is 45 leva. On the day of the concert the price will be 50 leva.