Home    News    Benefit performance of the actress Dimitrina Teneva with the performance "Les"
Font: A A A
11 December 2018   Print 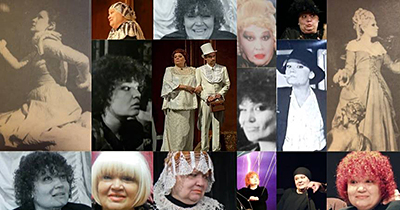 The 70-year anniversary of the beloved Burgas actress Dimitrina Teneva will be celebrated with a benefit performance in the Drama Theater "Adriana Budevska". The event will be held on December 13 at 19:00 with the play from A.N. Ostrovsky- "Les", directed by Bogdan Petkanin.

Dimitrina Teneva graduated from the Institute for Theater Arts "Krastyo Sarafov" in 1971 in the class of Prof. Metodi Andonov. She has been in the troupe of the "Adriana Budevska" Drama Theater since 1971. Among her most memorable roles are those of Abby Brewster in "Arsenic and old lace" by J. Keselfing, Bistra in "When a thunder hit" by Yavorov, Amanda Wingfield in "The glass menagerie" by T. Williams, Malama Handjika in "Vampire" by A.Strashimirov and many others.

This year the actress received a plaque with the image of the protector of Burgas - St. Nicholas the Wonderworker, for her outstanding contribution to the promotion and development of the culture of Burgas.