"Black Comedy"? Maybe it sounds familiar to you? 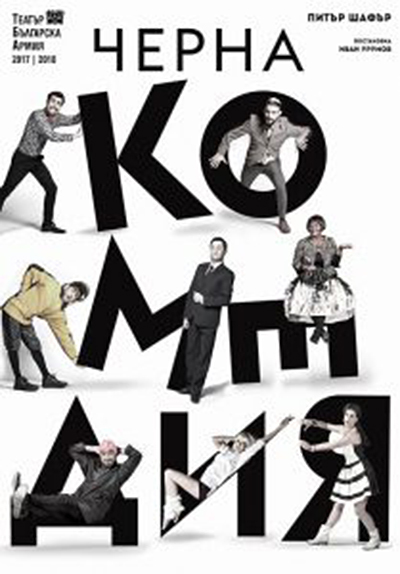 Black comedy" is considered one of the funniest comedies created in the second half of the 20th century. Even with his first premiere at the National Theater in London in 1965, the show became a real hit and soon won the audience all over the world. The play is a foolish farce that is played out ... in the dark. Yes, the dark is in the main role of the comedy. But what happens when DARK is LIGHT and light turns into darkness? The logical question "What is a man capable of knowing when no one sees him?" is the basis of the mechanism that provokes the fun in "Black comedy", presented by Theater "Bulgarian army".

The premiere of the performance in Burgas will take place on 19 December, on the stage of the State Opera - Burgas, from 19:00. Tickets can be purchased from the cash desks of "NHK" and of the Opera. For more information tel 0894 / 898-098-Marusya Ruseva-organizer.