You are welcome to a "Ball at the Savoy" 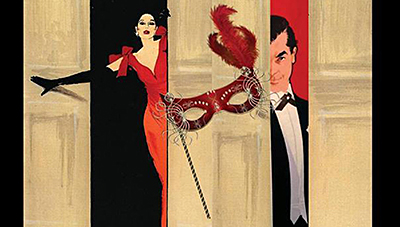 The soloists, the orchestra, the choir and the ballet of the State Opera - Burgas invite us to a "Ball at the Savoy". The operetta from Paul Abraham will be presented on October 30, from 19:00.

The version with director Mario Nikolov is in the style of the genre "musical" - the audience will see many dancing choreography by Antoaneta Alexieva. In the main roles we will see director Mario Nikolov as Marquis Aristide de Fobla, Maria Tzvetkova as his wife Madlen, Valentina Korchakova as her emancipated cousin Daisy Darlington (composer Paso Dobble), Yordan Hristozov as Mustafa Bay (or Michelle), and Schmila Sultanova, Lina Peeva, Petar Tiholov, Angel Spassov, Milen Dinolov, Branimir Nedkov, Vesela Apostolova, Miroslav Dimitrov, Alexander Perperiev. Conductor is Ivan Kozhuharov, and the conductor of the premiere performance will be Tsanislav Petkov. The scenography is by Ivan Tokadzhiev and the costumes by Tsvetanka Petkova-Stoinova.

Tickets can be found at the cash desks of State Opera - Burgas, as well as in the network of eventim.bg.