Home    News    The three-millionth passenger landed at Burgas airport
Font: A A A
13 September 2018   Print 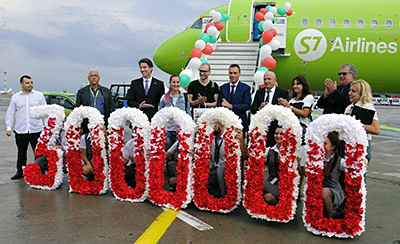 Yesterday, September 12, Burgas Airport welcomed its three-millionth passenger for this season. This is Anjelika Gromova, who, along with her husband, arrived on a flight from Moscow, with the Siberian airlines. The happy couple was welcomed by representatives of Fraport, Burgas Airport, Deputy Regional Governor of Burgas - Sevdalina Tourmanova, Mayor of Burgas Municipality - Dimitar Nikolov. The family will rest in Sunny Beach for the third time.

Airport Director Georgi Chipilski said the 15% drop in the number of tourists from Russia was expected, but there is an increase of 20% for passengers from the UK, Germany and Poland. The busiest day this season was July 27 with 256 planes, and most passengers have passed on August 10, when there were served 40,932 people.