"Cinderella" will be presented today at the Summer Theater 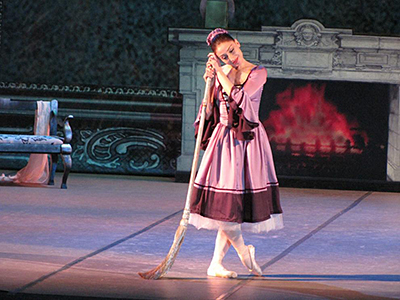 The "Cinderella" ballet is based on the story of Charles Pero. First, the writing of a ballet work on it was assigned to Tchaikovsky, but the composition was not realized. Sergei Prokofiev wrote his work between 1940 and 1944.

The work will be placed within the Burgas Musical Holidays "Emil Chakarov" tonight, from 20:30, on the stage of the Summer Theater.

Adriana-Maria Manassieva and Daniel Tichkov will perform the main roles of Cinderella and the Prince. In the image of the fairy on the scene will appear Anelia Ivanova. The father and stepmother of Cinderella will be performed by  Milen Petrov and Dobrina Bahova and her step-sisters will be Jana Ovcharova and Aneta Stamatova.

Tickets can be found at the cash desks of State Opera - Burgas, as well as in the network of eventim.bg