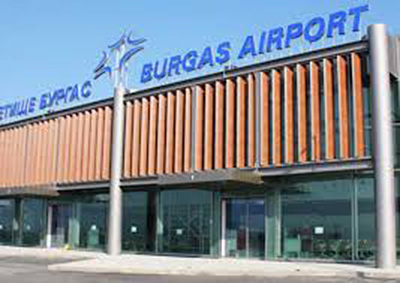 Burgas Airport has served a record 40,000 passengers in one day. The top achievement was reached on Friday, July 20, which became the strongest day in the history of air transport. The airport served a total of 122 flights on that day, which is close to 50% above the average for June-July 2018, according to the airport operator Fraport Twin Star Airport Management.

The summer season is usually strong for Burgas airport, which takes an average of 84 departing and arriving planes per day. Passenger traffic continues to increase - the airport has served 1 557 000 passengers since the beginning of the year, up 13% over the same period in 2017.

Burgas Airport serves charter and regular flights to more than 136 destinations in 34 countries, operated by 76 airlines. About 10% is the share of low-cost airlines. The most popular route remains Burgas-Moscow.

Burgas airport is aiming for another record - it is expected this year to meet 3 million passengers for the first time, Ulrich Heppe, the executive director of the airport operator, said in a recent statement. A key challenge remains the seasonality of flights as a major goal of the company is to increase traffic in the spring, autumn and winter.