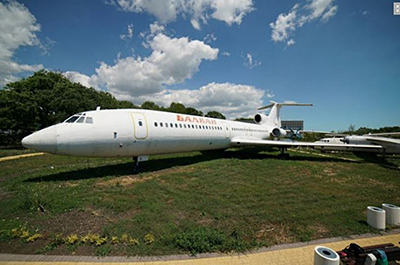 Less than a month, the TU-154 * airplane of Aviation Museum - Burgas will be opened for visitors. This is also the exhibit that most impressed the tourists, the museum's employees said.

"Until now, the plane was not opened, but on June 29, the Bulgarian aviation holiday, it will be officially available. All visitors will be able to see it renovated", says the museum`s manager Stanislav Mazhgalov.

He explained that with the opening of the TU-154, will start many workshops for children during the weekends. "All visitors will be able to have fun."

* This ТU-154 was entered in the Civil Aviation Register in April 1981 by "Bulgarian Civil Aviation Balkan". The main activity he carried out was the carriage of passengers, with his first flight to Manchester (England). From June 1992 to June 1994 the plane flew under the Macedonian flag.

On 31 October 1996 he landed for the last time at Bourgas Airport. He flew and served Bulgarian Civil Aviation for 15 years.