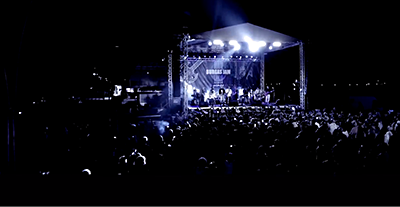 On July 7 will be held the second edition of one of the newest and most unusual musical events in Bulgaria - Burgas Jam. The main character in it is again the guitarist, free to play what he loves the most, to improvise. The place remains the same - the open space between the Sea Station and Magazia 1, in the public access zone of Port of Burgas.

In their desire to build on the achievements of last year, the organizers of the event, the Municipality of Burgas and friends of the good music have included in the program of the new edition drum battle. The audience can be sure that besides the masterful performances of some of the best guitarists in our latitudes, there will also be a musical duel between very noisy, fast and technical drummers.

On the stage one after another will go out solo artists who will perform music from all genres guitar - rock, metal, blues, alternative ... In the evening it will end with a mass performance of popular rock anthem that will be kept secret until the last moment. In it can participate everyone in the audience. Visitors who bring their own guitar and this year will have the opportunity to enter for free.

News for participating guitarists and other interesting details can be found on the facebook page of the event:https://www.facebook.com/burgas.jam/