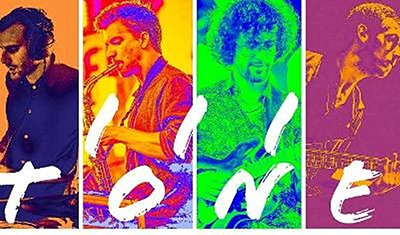 "All the Jazz" marks the beginning of a series of concerts for this year with the project "Ill tone". On January 20, from 21.00,on the scene of Bar Target (located in the building of State Opera-Burgas), jazz fans will meet four young musicians who came specially for the concert from Nice.

"III tone" is a musical project somewhere between jazz and modern electronic music, whose identity is built up by blending analogue sounds to find the balance between the acoustic instruments' warmth and the energy of synthesizers from the 70s to the present. Since 2015, "III tone" share their music with the audience of the Cote d'Azur on stage such as: Nice, Forum Nice Nord, Pôle Culturel Escoffier (Villeneuve-Loubet).