Home    News    The facade of one of the most beautiful buildings in Burgas will be completely renovated in the coming months
Font: A A A
17 January 2018   Print 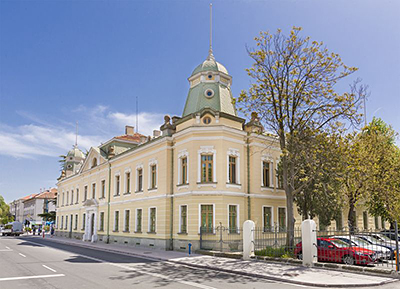 The facade of the Regional Customs Directorate and Customs Burgas will be repaired in the coming months. The last complete renovation of the Customs in Burgas was made in 2005.

According to historical chronicles, the first customs office in Burgas after the Liberation was located in the area of "Port Center" on the sea coast. The construction of the Burgas port and of the administrative building, which is today the Regional Customs Directorate and Customs Bourgas, takes decades and cost the state 6 742 300 golden levs at that time. The effect, however, is striking because it creates one of the most beautiful buildings in the seaside. It was built by arch. Georgi Fingov, but the project is the work of the famous Austrian Wainstein, who was the chief architect and director of the port of Marseilles. He succeeds in combining the styles of late classicism and eclecticism from the beginning of the 20th century, and with the help of the Bulgarian builders a modern European building is born, which complements the vision of the city in the time of its dynamic development.

Today the building has the status of a national monument of culture.