"Fregata" - Burgas Has Made Gold Double in Bulgarian Handball 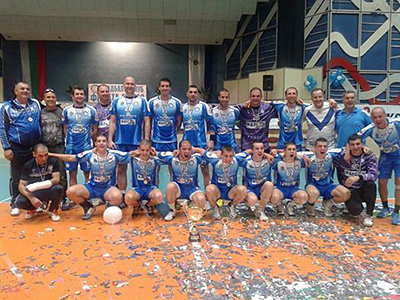 The phenomenon in Bulgarian handball championship is called "Fregata! The team from Burgas has won for the first time in its history championship for men after victory against "Lokomotiv" /Varna/.

Just two months ago "Fregata" won the Cup of Bulgaria and became the first team in the history of Bulgarian handball, which wins golden double in its debut season in the elite for men.

The team "Fregata" picked up valuable trophy under the applause of the audience in "Mladost" sports hall. The players took on hands their coach Nikolay Dobrev.