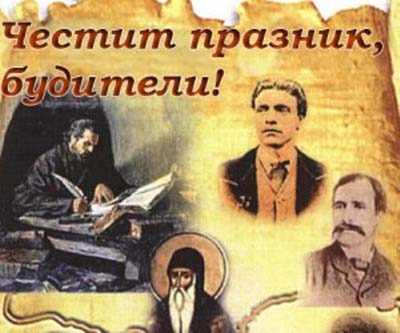 After Bulgaria was liberated from the Ottoman Empire (3 March 1878), there was a need to mark the Bulgarian intellectuals’ contribution to the cultural development of the ordinary people.

Many citizens and people from the countryside wanted to pay honours to these people by naming many streets, schools, libraries and cultural clubs after them. That was the reason why Stoyan Omarchevski, Minister of Education, Youth and Science of the 40th Ministry of Bulgaria (Stefan Stambolov 1920-1923), proposed that this day be devoted to the Leaders of the Bulgarian National Revival.

The day is marked for the first time in Plovdiv in 1909. On 1st November 1923 king Boris III proclaims the day a national celebration one but in 1945 the celebtration is banned. The marking of the day of Bulgaria’s enlighteners is restored in 1992.