Home    News    The theater stars Vrachanski and Blatechki again together in front of the Burgas audience
Font: A A A
19 October 2017   Print 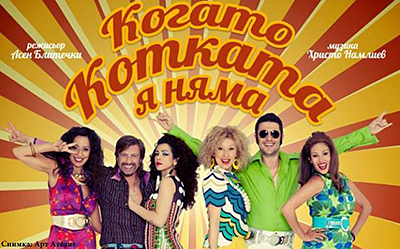 At the end of October the residents and guests of the city will have the opportunity to watch again the tandem Kalin Vrachanski - Asen Blatechki. They will present the hit play by with Johnny Mortimer and Brian Cook- "When the cat is not here".

The performance is a co-production of Drama theater "K.Velichkov"- Pazardzhik and Theater formation"Melpomena". The theater formation is known to Burgas audience with the hit plays "Vrazhalets", "Gadfly ","Golemanov","My wife`s name is Boris".

"When the cat is gone" will be presented again in Burgas on October 26, from 19:00. The comedy will be on stage of the "NHK", at the invitation of Marusya Russeva and "Art Atelier". Tickets are sold at the cash desk of the Cultural center of "NHK". For more information: tel. 0894/898-098.