BURGAS MUSEUM IS A CO-ORGANIZER OF PRESTIGIOUS SCIENTIFIC FORUM

Home    News    BURGAS MUSEUM IS A CO-ORGANIZER OF PRESTIGIOUS SCIENTIFIC FORUM
Font: A A A
18 October 2017   Print 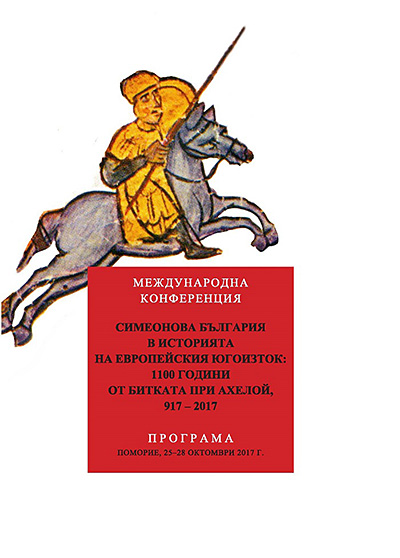 In 2017, 1100 years have passed since the victory of Tsar Simeon the Great over the Byzantines along the Aheloy River. The battle, which took place on 20 August 917, is one of the most spectacular battles in the Middle Ages. According to the chroniclers, 122,000 soldiers take part in it. In honor of this memorable event,in the city of Pomorie will be held an international scientific conference entitled "Simeon`s Bulgaria in the history of the European Southeast: 1100 Years from the Battle of Aheloy".

The prestigious forum will gather scientists from 25 to 28 October 2017. The plenary sessions will be held in several sections on October 26 and 27, with over 60 participants from Bulgaria, Russia, USA, Austria, Germany, Canada, Poland, Greece, Serbia and Ukraine. They will present their latest developments in the fields of History, Archeology, Numismatics, Scrapistics, Epigraphy, Byzantine Studies, and Bulgarian Studies which are related to the topic of the conference.