This week Burgas is a festival destination again 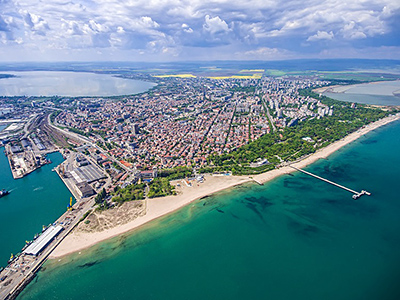 The second week of October will be under the sign of the arts for Burgas. Two cultural festivals will take place in parallel in the city. One will be held for the first time, and the other will visit the city for its ninth edition.

Today begins the Port Prim Art Fest. The pilot edition of the festival will be under the patronage of our great theater and film actress Tsvetana Maneva and will be held at various locations in the city, on days 9 to October 14. Within the six festival days in the city will be film and theater premieres, exhibitions, presentations, literary readings and more.

The program will start with a screening of Georgi Toshev's "Pieces of life" film. It is dedicated to Tsvetana Maneva. The citizens of Burgas and the guests of the city will have the opportunity to see it from 18:00 in "Magazia 1" at free entrance.

On Thursday begins the ninth edition of the festival "Age of Aquarius". The unique festival of the Bulgarian physical and visual theater will conquer the inhabitants and guests of the city between 12 and 15 October. The performances will be played at: Cultural center "Sea casino", Drama theater "Adriana Budevska",Cultural Center of "NHK", Youth Cultural Center; State Puppet Theater Hall.