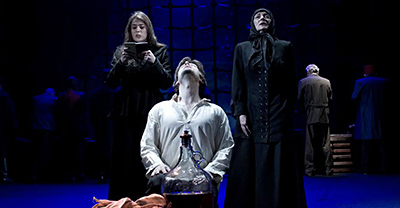 The performance "The last supper of Deacon Levski", according to texts by Stefan Tsanev, will be presented on the Burgas stage. It is part of the national tour of the Theater "Bulgarian Army" on the occasion of 144th anniversary of the death of the Apostle. In Burgas, the play will be presented on October 10, at 7 pm, at the stage of the Cultural center of "NHK". Director is Assen Shopov.