Home    News    Musical Holidays "Emil Chakarov" continue-tonight will be presented the ballet "Sleeping Beauty"
Font: A A A
14 July 2017   Print 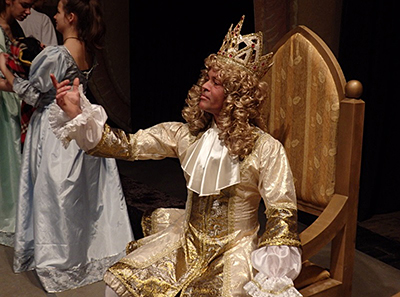 Only two months after its premiere, the "Sleeping Beauty" ballet enters the program of the Burgas Musical Holidays "Emil Chakarov". The ballet under the music of P.I.Tchaikovsky will be played tonight, from 21:00, on the stage of Summer Theater.

In the main roles we will see the first soloists of the State Opera and Ballet Sofia -Vesa Tonova as Princess Aurora and Emil Yordanov as Prince Desiree. The prima-ballerina of the State Opera Burgas- Galina Kalcheva, will enter into the image of Lilac Fairy. The choreography is by Prof. Hikmet Mehmedov. The decors, that attracted the attention of the audience at the premiere, were made by stage designer Ivan Tokadjiev - the artist whose style is often described as close to that of Salvador Dali.

"Sleeping Beauty" is the longest ballet by Tchaikovsky - its duration was originally about four hours. Almost always it is presented in a shortened version. In the interpretation of Prof. Mehmedov, the final frames are kept, in which the heroes from the tales of Pero- Puss in Boots, Little Red Riding Hood and others.

Tickets can be bought from the cash desk of State Opera Burgas and before the performance -at the Summer theater.