There will be a mass dancing on the Pier 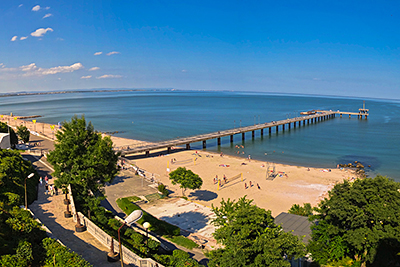 A mass dancing will take place on June 16, at 19:00, at the symbol of Burgas - the Pier. In it can participateto join all citizens and fans of folk dances. The event is part of the three-day festival "Turn on the City", which will be held from 16 to 18 June.

On the first festival day the Pier will become a concert scene for folklore clubs and formations. More than 15 clubs from Burgas and more than 10 clubs from Stara Zagora, Razlog, Pomorie, Dupnitsa, Dobrinishte and other cities in the country are expected to participate in the dances.

In the next two days, Saturday and Sunday, the Pier will be a scene of two rock concerts featuring "Nevermind", "Souicore", "Stiff Bones", "Stockholm" and "Shantage".

Here you can see the other events from the rich program of the festival "Turn on the City":http://gotoburgas.com/en/event/view/1054