Home    News    The tourist exhibition "Cultural tourism" gathers in Veliko Tarnovo the Aces in the industry
Font: A A A
04 April 2017   Print 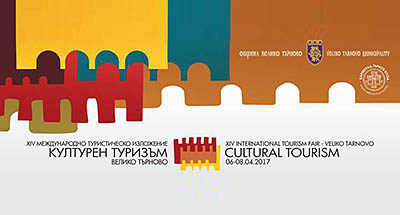 The forum will be officially opened at 10:00, on April 6, by the Minister of Tourism Stella Baltova and the Deputy Mayor of Veliko Tarnovo Gancho Karabadjakov.

Among the exhibitors again will be presented and Burgas Municipality. Along with tourist exhibition "Cultural tourism" our city will also participate in the International Tourist Film Festival - Bulgaria "On the east coast of Europe".

The nominated advertising films in section "History and Culture", you can see here: