The Bridge Will Become Easter Scene for Hundreds of Choristers 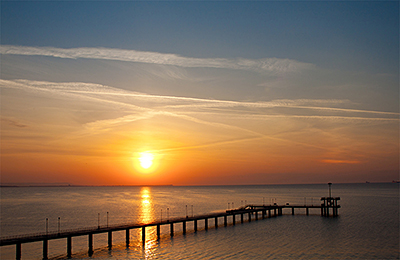 Burgas will mark this year's biggest Christian holiday Easter with great outdoor concert. For the first time almost 100 performers from three of the most popular local choirs and will greet the citizens of Burgas on the 20th of April /Sunday/ at 11.00 o'clock for the holiday.

The place is traditional for the guests of seaside city and untraditional for this kind of events. Singers of choirs "Home Song", "Milka Stoeva" and "Cherubim" to "St. Mary" church will turn the symbol of Burgas - the Bridge into concert scene for an hour.

Father Peter from the Cathedral "St. St. Kiril and Metodi" will set the tone of the Easter holidays with a cappella singing performance. The accompaniment will be provided by representatives of Burgas brass orchestra. The citizens of Burgas will be able to watch the concert on three places - next to the Sea Casino, from the monument of the Sailor and on the seaside alley. Easter singing will be conducted by Svetla Stoeva, Levon Manukyan and Iliyan Marinov.

Untraditional holiday concert is a part of a cycle in the program of Burgas Municipality with classic outdoor concerts, under the name "Easter Symphony in Burgas".

Easter mood will be brought by orchestra, soloists, the ballet of State Opera House and vocal group "Sea Grit" on Sunday /the 20th of April/ at 12.30. The place is another symbol of Burgas - the Clock.

Classical concert with the participation of college for chamber music "Music Art" will be held at 17.00 o'clock on the same place. They will greet the citizens of Burgas with "Spring" from "Four Seasons" by Giuseppe Verdi.

The last concert of the Easter holiday program is dedicated to the classical music. "On Easter" is a chamber concert which will be held on the 20th of April at 18.00 o'clock at an open door in "Petya Dubarova" hall of Cultural Center "Sea Casino".