The concert of "Tonika-Domini" moved the public 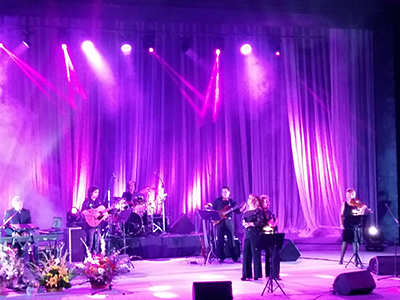 The concert in memory of one of the most emblematic singers on the Bulgarian pop scene – Gogo passed under the applause of the Burgas public.

“Tonika-Domini” formed last year by Eva from “Familia Tonikia”, Krasi Gyulmezov and his wife Vili, performed a great concert in front of residents and guests of the city in the Summer theater. The show moved the fans of the emblematic music formation, and some of them even cried during the performance.

Hundreds of people enjoyed the golden hits of Tonika, Domina and duet SHIK, as well as completely new songs, included in the album “Spomen za Gogo” /A memory of Gogo/, which was sold on the ticket-desks in front of the theater.