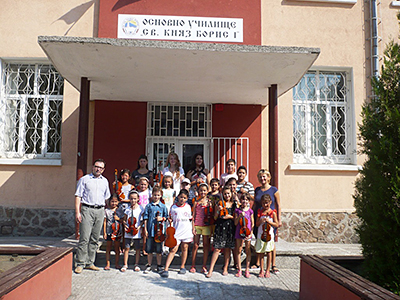 Masterly performances of the most notable representative of romanticism of XIX century - Robert Schumann and traditional folklore rhythms from all over the world will sound on 28 August in Cultural center "Sea casino", hall "Petya Dubarova" from 18.00 hours.

The event is part of the summer musical platform "Piccolo", which is realized with the support of Municipality Burgas.

The musical-educational side of the project is realized by a team of teachers-specialists, which lead a group training program for teaching musical instruments to children, which have not played music before, or are beginners.

In this year's edition of the initiative "Piccolo" will take part 26 children from different ages, unified by their love for music.