"Cinema under the stars" continues with "The court", free tonight at open-air stage "Ohluva" 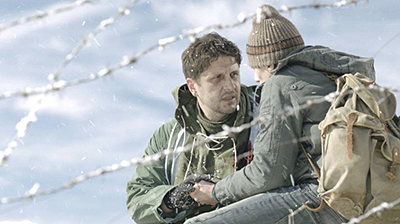 Tonight from 21.00 hours on open-air stage "Ohluva" will be shown one of the most shocking film productions, made in the last decades in Bulgaria - "The court" (2014), one movie with three awards from the French festival "See a Paris". The movie, directed by Stefan Komandarev won the main awards - best movie, best director and best male lead for Asen Blatechki.

"The court" presents the eternal story about the unique fates of normal people, for non-confessed sins, unproven truths and the right to move forward. Because there is no greater judge from yourself. In the movie "The court" many of the spectators will find something familiar and experienced - a sense for family duty, love, fear, concomitant challenges of life...Filmed with the help of alpinists and stuntmen, on the background of one of the most picturesque places in Rhodope mountains, the director Stefan Komandarev made 11 starting variants.

The film projection of "The court" is part of the initiative of Municipality Burgas - "Cinema under the stars".