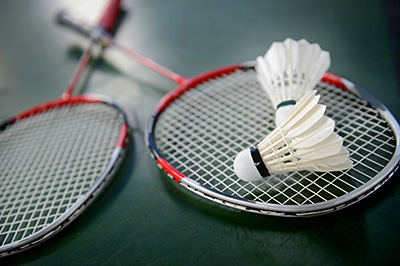 Sports club Badminton Burgas and Municipality Burgas organize a badminton tournament with international participation in Sports hall "Mladost". The tournament will be held on 21, 22 and 23 August and will carry the name of the prominent figure of this sport in Burgas Dr. Aleksey Geyman.

The tournament will be held for the first time in Burgas and will be a part of the National badminton championship. Except athletes from Burgas, Bulgaria and foreign countries, in the hall is expected to be the chairman of the Bulgarian badminton federation - Prof. Dr. Puzant Kasabyan. The tournament will be played on 7 courts and aims to popularize the elegant sport in Burgas.

The competitors in the tournament will be divided in different groups - Elite, Masters and Fans, which will allow from national representatives to fans and veterans of the sport to take part in the event. The awards in all disciplines are provided by the main sponsor of the National badminton championship.

The organizers expect this event to attract the attention of the Burgas public and help popularize the sport in the city.

Sports club Badminton Burgas was founded more than 20 years ago. During this time the club managed to preserve the enthusiasm of a number of people, who trained in its ranks. The club marks a series of successes, the biggest being the national title for students in 1998. The sport developed many of the youths as personas and this helped for their professional realization.