The rock band B.T.R. with their biggest hits and new songs on the stage of Summer theater 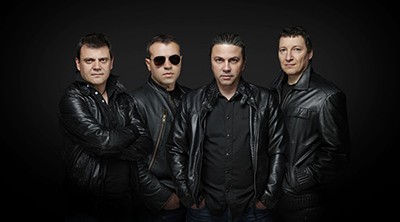 The Bulgarian rock legends of B.T.R. will finish their summer tour in Bulgaria “Summer 2015” with a concert in Burgas, on 23 August, on the stage of Summer theater.

In the program of the emblematic rock group are included their biggest hits, as well as all the songs of their last, 11th album, “Zashto”. Parallel to their summer performances and the ones in September, the rockers prepare the video clip for their fourth radio-single from their new album “Zashto” – “100 Nadejdi”.

The group B.T.R. have performed on one stage with legends of World rock and metal: “Deep Purple”, “White Snake”, “Scorpions”, “Nazareth”, “Motorhead”, “Europe”, “Iron Maiden” and many more on the biggest stages in Italy, Great Britain, the Netherlands, China, Vienatm. The musicians share, that they cannot wait to meet again with the Bulgarian public.

Tickets are sold in the network of TICKETPRO and the ticket-desk of the summer theater.