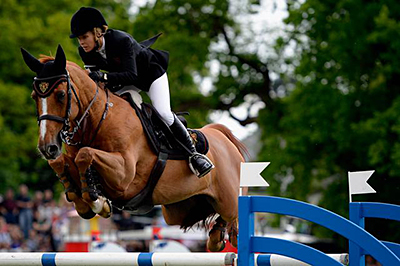 Horses, at a total price of over 3 million leva, will compete in the fifth edition of the tournament "Cup Burgas". This became known today at a press conference, in which took part the general secretary of the Bulgarian equestrian federation Teodor Sheytanov, the president of the local equestrian club Georgi Bazotev and representatives of Municipality Burgas

The competition will be held on August 7 and 8 /Friday and Saturda/ at the municipal equestrian base. The start is on Friday at 9:00 in the morning and will continue until noon. After that the competition will resume from 18:00 hours. The official opening will be between 19:30 and 20:00 hours. After that follows a night parkour. A record number of horses have been applied for the event - 122.

The tournament "Cup Burgas" will continue on Saturday morning again from 9:00 hours. The night parkour will be after 18:00.

The mayor Dimitar Nikolov will present the cup around 22:00 hours on Saturday night. At that time will be also the award ceremony. The attractive competition is organized by Burgas equestrian club "Khan Krum", the Bulgarian equestrian federation and Municipality Burgas.

The tournament, in which there will be competitors from Turkey and Cypress, is part of the events marking "Burgas - European city of sports 2015". The prize fund is 12 000 leva. Turkey will be represented by the former president of their equestrian federation Arman Yozgyurkey, who at the moment is vice-president of the European federation.

8 participants from club "Khan Krum" Burgas will enter the competition for the first places. Among them are the names of the talented Siyana Bazoteva, who is a part of the national team, the youngest participant - 10 year old Raya Portochanova and the oldest - 67 year old Marcho Markov.