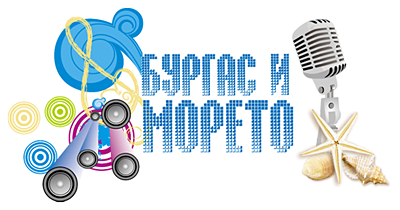 New and already popular names of the Bulgarian music scene will compete in the 33rd edition of the National song festival "Burgas and the sea". This said the deputy mayor of culture and education Yordanka Ananieva at a press conference today. In in took part the director of Municipal Enterprise "Summer theater, festivals and concerts" Dimitar Madjarov, and the composers Ruslan Karagyozov and Stefan Diomov.

The festival will be start exactly at 21:00 hours on Saturday by this year's presenters - the actors Maya Bejanska and Nenco Ilchev.

The jury will also be on the stage, and will give their assessments under the watchful eye of the public.

The prize fund remains the same - 1st place receives 5000 leva, second - 3000 leva, and third - 1000 leva. The prize of the public is 2000 leva. It will be awarded by the mayor Dimitar Nikolov. Prizes will also be handed out by newspaper "Chernomorski far" and the veteran seamen.

"In the case, when two songs receive equal points for first place, there will be a "duel" between them", explained Dimitar Madjarov.

"We hope that the stage to impress the public, as well as the modern sound system", said in advance the composer Stefan Diomov. He shared, that in the second night, devoted to his 70 year jubilee there will be lots of exciting moments.