Home    News    Teams from Georgia and Macedonia at the international water polo tournament for "Cup Burgas"
Font: A A A
24 July 2015   Print 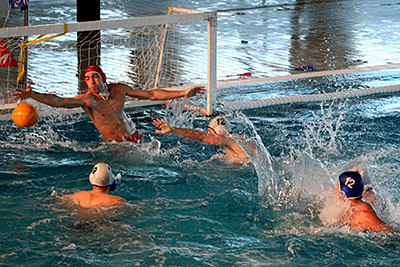 Hot emotions and high adrenaline are expected at swimming pool "Flora" from today to Sunday, when the traditional international water polo tournament for "Cup Burgas" will be held. This year's edition, which is part of the events marking "Burgas - European city of sports 2015", is the 10th.

Three teams from other countries will participate in the tournament. These are the Georgian "Batumi" and "Kutayisii" and the Macedonian "Lokomotiv" - Skopje. Burgas will be represented by two teams of "Chernomorets"; the second one will carry the name "Flora Burgas". During last year "Chernomorets", with Coach Petar Yonov, won the cup.

The competition of the 10th international water polo tournament for "Cup Burgas" will be started with the match "Batumi" - "Chernomorets", which is today 24 July /Friday/ from 17:30 hours. After that is the match "Kutayisii" - "Lokomotiv Skopje".

After the last match is the official award and closing ceremony.