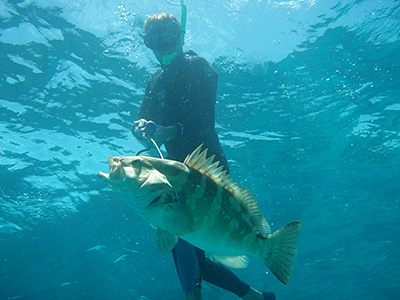 5 hours - this will be the length by regulations of the traditional underwater fishing tournament for cup "Gencho Pavlov".

The competition is under the aegis of Municipality Burgas, in the framework of "Burgas - European city of sports 2015", and will be held on 25 July /Saturday/. Main organizer is club for underwater fishing ‘"Naftex".

The start is at 10:00 hours on Saturday, and the stage for the "battle" of the best underwater fishermen in Bulgaria will be sea of Burgas bay from cape Foros to cape Bivolite, including island St. Anastasia.

By program the tournament for cup "Gencho Pavlov" was supposed to be held a month ago, but because of bad atmosphere conditions and big waves it was postponed. The tournament is part of the competition for cup Bulgaria 2015.

Competitors from all the clubs or associations, members of BFUS, have the right to participate. Fishermen below the age of 16 are not allowed, and those bellow 18 are accepted only with consent from their parents, legalized by a notary.

The validity of the caught fish will be noted by the head referee. Every presented fish under 225 grams deprives the competitor of 300 points. Valid are specimen over 300 grams. According to the regulation the catching of flat-bottomed fish, sturgeons, sharks and eels is forbidden, and limited of sea sparrows, barbed umbrine and others.