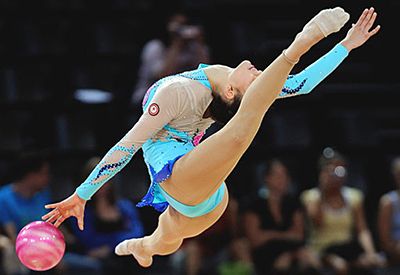 Elite women gymnasts from 15 countries will compete for the first places in the sixth international tournament "Sea graces", which will be held on 24 and 25 July /Friday and Saturday/ in sports hall "Mladost".

The competition, which is part of the events marking "Burgas - European city of sports 2015", will start on Friday from 09:30 hours and will continue to 19:00 hours.

The official opening ceremony will start at 13:30. Over 200 gymnasts will take part in the tournament, which is from the highest category "Elite". It is included in the calendar of Bulgarian rhythmic gymnastics federation and gives an opportunity for manifestation to athletes from all age groups.

The competition is the first check-up for our best gymnasts before their participation in the World championship in September in Stuttgart. There also will be decided the quotas for the Olympic games in Rio de Janeiro next year.

The national team of Bulgaria is led by the grace from Burgas Maria Mateva, who recently was awarded by the International rhythmic gymnastics federation with title Gymnast of world class for her performance at the World championship in Izmir in 2014.