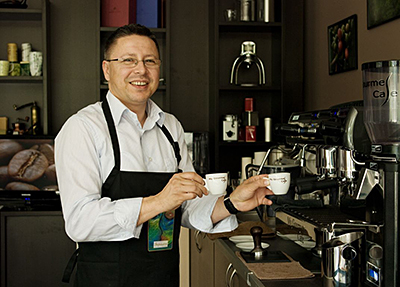 The brightest stars of the culinary art - sommeliers, bartenders, baristas, carving virtuosos are meeting in Burgas for a three-day show out in the open called "Tasty Summer". It will be held on 24, 25 and 26 July at square "Troykata". Presenters of the show will be the artist from Burgas Stefan Ilchev and Nasko from BG radio.

In the first night of Tasty Summer in the open-air kitchen will enter the most popular chefs from Bulgaria. "The hour of the cook" will present the culinary show of Chef Ivan Manchev and Chef Andre Tokev (chairman and deputy chairman of the Association of professional cooks). 100 people will have the chance to taste their dishes. The culinary duo will be later joined by three of the top sommeliers of Bulgaria - Mihail Markovski, Slavi Raychev and Yordan Kirilchev. At 21 hours starts the "Hour of the bartender" which will be started by the Guinness record-holder Pencho Penchev.

The second night in "The hour of the cook" will enter Chef Elitsa Koteva and the best chocolatier - Chef Radi Stambolov and his partner Bobi Ekzarhov, who will prepare sea delicacies, and flambé pancakes. The height of the show will be the preparation of "Galactic ice-cream". Sommeliers of the night will be Kosta Kanariev and Dimitar Nikolov. In the late hours, after the bartender's show of the world champion Vasil Kolev, the night will finish with delicious coffee and surprises of the top barista Yordan Dabov.

During the whole time from 16 to 23 hours will be opened demonstrational tents with favorite foods and drinks, where anyone can taste the summer treats. With a help of master decorator Veselina Slavcheva the guests will have the chance to try for the first time the art of carving. The first edition of Tasty Summer is held under the initiative of Bulgarian association of owners in tourism, with the help of Municipality Burgas and the Public contributor's fund - Region Burgas.