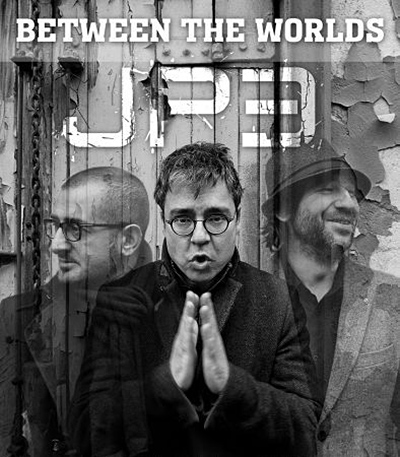 This summer the jazz waves in Burgas are coming one after another and are filling with positive emotions the fans of this intellectual musical style. To the attention of all connoisseurs: a concert of Jivko Petrov Trio /JP3/ lays ahead. The group will group will take us on a mystical journey between the worlds with the last album "Between the worlds". The fans can enjoy their elegant style, by listening to their compositions live on 25 July in "Flora Burgas".

The ticket price is 10 leva. The ticket sales will start on Monday /20 July/ at the wooden cabin behind "the Clock", in the garden in front of hotel "Bulgaria".

"Between the Worlds" consists of 9 author's compositions, which are works of Jivko petrov and Veselin Veselinov. In the album, except the three musicians, participate and string "Arena" quartet - Plamena Jekova (violin), Orlin Tsvetanov (violin), Valentin Gerov (viola) and Hristo Tanev (violoncello). The album is a mystical music journey, which will leave in awe the fans of jazz music. The beauty and diversity of the compositions is the serial proof of the great talent of the three musicians, which together entertain the connoisseurs of good music for more than years.

JP3 (Jivko Petrov Trio) are Jivko Petrov (piano), Dimitar Semov (drums) and Veselin Veselinov (contrabass). The trio formed in 2004 and quickly became one of the most successful jazz formations in Bulgaria. They have numerous club and festival participations; their first concert recording called "Understandable" was released on DVD in Bulgaria in 2006. The trio released their first studio album in 2012 with the title "It's a Dream". Special guest-musician in the album is the violinist Vasko Vasilev. During the years the three musicians release a series of singles, take part in many festivals in the country and abroad, and are also in the main line of famous Bulgarian performers of pop and jazz like: Beloslava, Yaldiz Ibrahimova, Hilda Kazasyan, Kamelia Todorova, Maria Ilieva, Orlin Pavlov, Lyubo Kirov, Vasil Petrov and others.