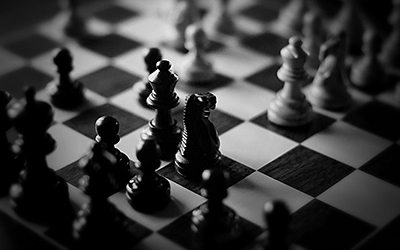 Burgas will be a host of the Eastern European chess championship, which will be held from 17 to 19 July /Friday, Saturday and Sunday/. The event will happen in hall of hotel “Primoretz”, where over 120 representatives from 8 countries – Russia, Ukraine, Azerbaijan, Turkey, Greece, Macedonia, Romania and Bulgaria.

This is the first edition of the Eastern European chess championship, which is part of the events marking “Burgas – European city of sports 2015”. The organizers will allow players with a coefficient of up to 2200 to participate – men, women and children. The matches will be played under the Swiss system in 7 rounds.

Among the contenders for the first places are the young hopes Nurguyl Salimova, who is N1 in the world rankings for children up to 12 years old with a coefficient 2143 and Tsvetan Stoyanov, who is fifth in the boys group of the same age. Nurguyl abd Tsvetan are chess players from chess club “Burgas 64” with personal trainer Jivko Jekov.

The first chess parties will start on Friday from 13:30 hours. On the next day the start will be from 12:00 hours. On Sunday the competition will begin in the morning and will continue to 14:00 hours, when the official award and closing ceremony will be.