H.M.S.U. take over the stages of EXIT, Spirit of Burgas and Broken Balkanz 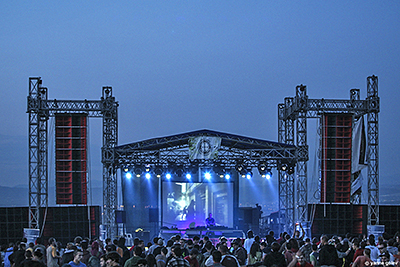 Artists from the Bulgarian music formation will play powerful drum and bass on the summer festivals.

The fans of drum and bass culture will not be bored this summer! Artists from the Bulgarian drum and bass formation Hard Music and Sounds United (H.M.S.U.) will take part in the prestigious festival SPIRIT of Burgas.

At the beginning of August, High Roll and the experimenter EXo will accompany the participation of the titanic guest from England, which we will hear on the stage World of Drum and Bass during SPIRIT of Burgas 2015. Special guests of the specially organized night by Formation Records and HMSU will be Calyx & Teebee, Danny Bird, The Prototypes, Maztek, DJ SS, Tribe Steppaz. Host of the show will be MC Biggie.

Hard Music and Sounds United (H.M.S.U.) is a musical movement, which aims to popularize the drum and bass culture. From its creation in 1999 HMSU has organized hundreds of musical events with the participation of world drum and bass artists, and because of that today the Bulgarian drum and bass stage is the most developed on the Balkans.

The events of H.M.S.U. attract the attention of ever bigger audience from lots of countries, and the artists from the movement take part in some of the best parties in Bulgaria and around the world.

Meanwhile, in the last days in internet an interesting fan video has been circulating, which re-creates in a unique way the mood during the events of HMSU. You can see it on YouTube https://www.youtube.com/watch?v=EKRGpegFG5w.