The plateau Nazca will appear on the Burgas beach 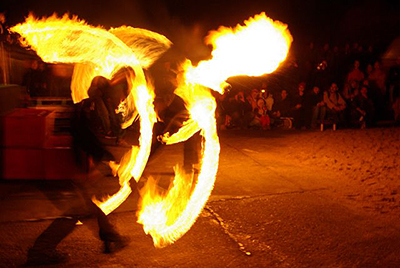 After a fire phoenix, a fire dragon and fire horse on the beach in Burgas in 2012, 2013 and 2014, this summer residents and guests of the city will witness the making of a fiery “Plateau Nazca”.

The art installation will have measurements 20/25 meters, made by 1500 torches and will be positioned at the central beach right bellow Cultural center “Sea casino”, where around 21.15 hours will be lightened. The idea and its realization are again works of Dobri Dobrev, who has worked long years with the realization of fire shows.

By tradition the image is only a part of the program of the fourth edition of “FIRE FEST BURGAS 2015”. On July 12 /Sunday/ from 20.30 you will witness also kung-fu demonstrations of the children of Center for ancient eastern culture and martial arts “Black tiger – White dragon”. For the background of the event has been chosen again the music of the unforgettable Jimmy Hendrix, Carlos Santana and others.