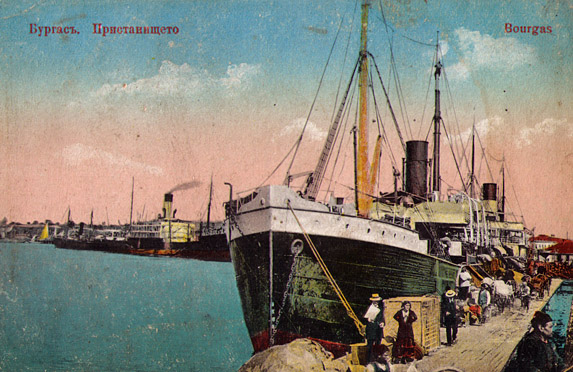 Its location near the seaside and the favourable conditions in the fertile Burgas valley have always attracted people to the territories of present-day Burgas, ever since antiquity. The unique archaeological findings are proof of the millennia of history in the area – ancient village mounds from the Neolith, Thracian sanctuaries and tombs, remains of roman cities, ethnographic complexes, churches and monasteries.

Some of the biggest battles of the Bulgarian State against the Byzantine Empire took place in the area of Burgas. The victories of Khan Tervel (8th century) at the Anhialo Field in 708 and of Khan Kardam (rules between 777 and 802) at the Karnobat Fortress Markeli in 792 were the ones which established Bulgaria as a state. During the Ottoman rule, the city developed as an educational and spiritual centre. In 17th century, the port of Burgas became the largest one to the south of the Balkan Mountain. Burgas won its Liberation from the Ottoman rule on 6 February 1878. In the beginning of the 20th century the city goes through a period of fast growth and modernisation and quickly earns the reputation of a commercial-industrial centre, a cosmopolitan centre which is connected by air, land and sea. At this time, over 150 companies were created in Burgas. Industrialisation was pushed forward by the expansion and modernisation of the port, the construction of the airport and the oil refinery. Thus, in the first few decades of the last century, the city grows rapidly in the industrial area, which also strengthens the bank industry, education and culture. After the Unification, the city and the area turn in one of the most hospitable places for a large number of refugees in Bulgaria. The city grows not only with Bulgarians, but also Turks, Greeks, Italians, Armenians and Jews. Multi-coloured and multi-lingual, it gradually starts walking toward to its europisation.

While the economical side of things goes in an unprecedentedly favourable way, a productive base is laid for the development of culture. The city and the sea inspire painters, poets and writers. The fruit of this inspiration turns into world-class art. Georgi Baev (1924-2007) who was born and lived in Burgas is one of the most famous Bulgarian maritime artists. Petya Dubarova (1962-1979) and Hristo Forev (1934-2002) are among the poets of Burgas, spoken of with pride far and wide. This whole atmosphere and creative intensity strengthens Burgas as a cultural landmark in Bulgaria – a city of big artists and modern events. Fine arts, music, dance and cinema – all of them have had their innovators here. And all of them have left us eternal art, followers and sweet memories in the hearts of people.

In the last few years, Burgas has established itself as one of the most dynamically developing cities in Bulgaria and has acquired the looks of a modern European city. Today, Burgas is an important industrial, commercial, transport, cultural and tourism centre. Several times the city has been selected as the “Best City to Live in Bulgaria”.

Burgas holds a leading position among Bulgarian municipalities in terms of economic potential – it is a port city with its own international airport as well as excellent terrestrial infrastructure. 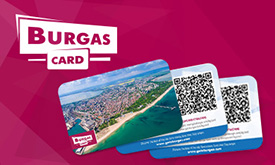